One of the great things about Ilsan is that it is always growing and the rise of the cocktail bar trend is proof of that. No longer do you have to go to Seoul for some delicious (but pricey) drinks. There are a few really nice whisky and cocktail bars around now. I just hope that they survive Covid.

I had been following Demian for a while on Instagram before I first went there maybe a year or two ago. This bar is one of the easiest to find as it’s right on the ground floor and it’s just across the Ilsan Cultural Park from the big Home Plus at the end of La Festa. Usually these types of bars are hidden away in random buildings on the 2nd or 3rd floor where half the time you can’t find them even when you are looking for them.

I’ve now been back a few times and I’m always impressed by the service and the quality of the drinks. It’s quite a small venue with a few tables and some seats at the bar. It gets it’s name from the book Demian by Herman Hesse. This is a hugely popular and influential book here in Korea. They have some novel themed drinks and cocktails to tie it all together.

If you order a cocktail they do take a bit of time to make. These are craft cocktails so they are not just dumping everything into your glass as quickly as possible. Obviously not a place to go to if you are in a hurry or on a deadline unless you are just getting something simple or straight. It is however a lovely little relaxing place to chill with friends. 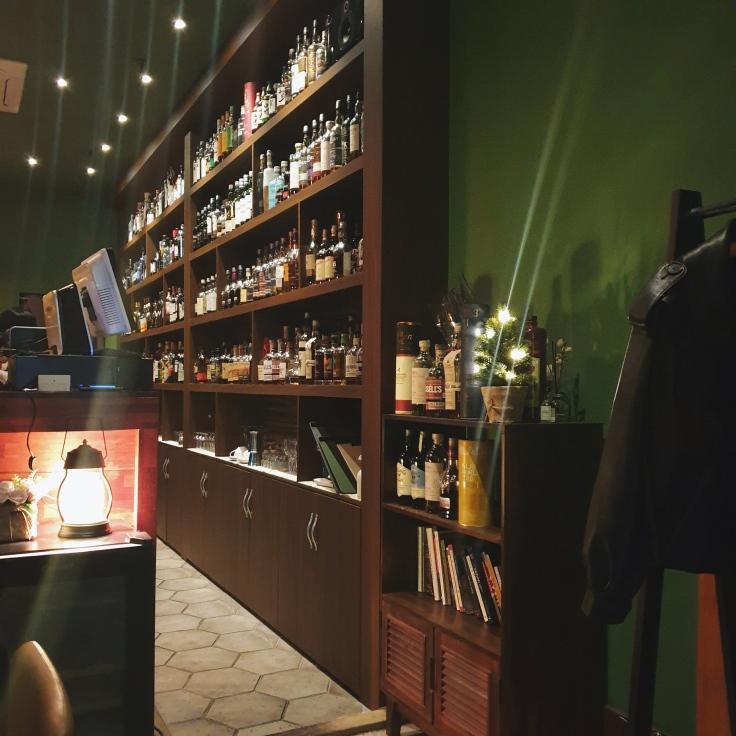 They have an extensive menu and will also make other drinks for you provided they have the ingredients. They do have some mocktails on the menu and you can also get wine, gin, whiskey cognac or pretty much whatever else you fancy.

They have changed their menu recently. The last time I visited was about a month or so past and they had a new menu then. Before that they had an English version of the menu too, but the new menu was just in Korean. I didn’t mind, (obviously I don’t expect everything to be in English) and I just used Papago to translate so it was no big deal.

I did mention it in my post on instagram because they used to have an English one. I just wanted to let peple know the new one was only in Korean. I got a comment back from Demian and they were very lovely. They said that they would be getting an English version soon. It was very nice of them to respond and as I mentioned above the service is top-notch.

The last time I visited I eventually decided on a bourbon based cocktail. (I can’t remember the name of it). A few minutes after I got it a staff member came over to say they actually left out one ingredient by accident. He had come over to apologize but I hadn’t tried it yet as my friend and I had been chatting. He asked if I wanted to try it first to see if I liked it otherwise, they would replace it no extra charge. I asked what the thing they left out was and it was lemon. I tried it and it was okay without it but I felt it needed it so they were nice enough to make another one. 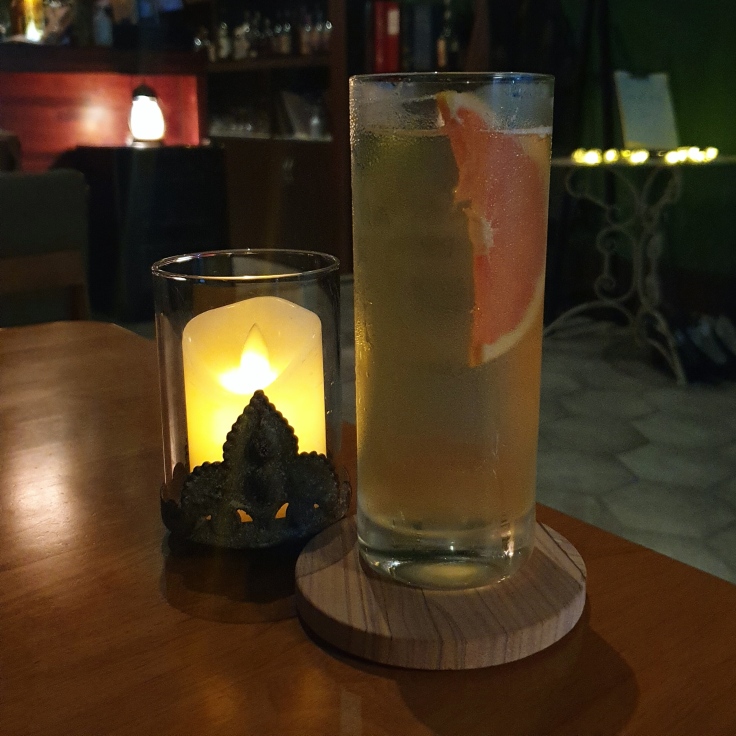 It’s amazing how one ingredient can make all the difference. Once I tried the lemon one I was like – ‘Ah yeah‘ this is so much better. I enjoyed this one and would definitely get it again.

One thing to remember is that as they are high-end cocktails they are not cheap. Expect to pay around 17-19,000 won for a cocktail. They have a huge range of whisky/whiskey from around 12,000 to 40,000 won a glass and every price point in between. They also sell some of them by the bottle as well.

If you are in Ilsan looking for a quiet little bar to enjoy some quality drinks then I would definitely recommend Demian.

These are some of the drinks I’ve had in the past. Most of them are not on the menu anymore but if they still have the ingredients I’m sure they would make them for you.

The tall cocktail is the ‘Apparent Sour’ which I have had a couple of times. It’s very pleasant and aromatic.

The other one in this photo is the ‘Espresso Martini’ which my coworker ordered. She said it was good too.

This one is the ‘Salted Rosemary Paloma’. I love how each beverage is in a different glass. They really think about what is best for each drink. This one was very nice and refreshing too.

This was another visit and pictured is the ‘Lillet Vive’ which has Lillet, strawberries and tonic water. A lovely fresh fruity wine drink. Great for summer.

The other one is the ‘Apparent Sour’ again which has Aperol, St-germain, lime and rosemary.

Both were absolutely delicious.