This week I decided to try out a cocktail bar in Ilsan. It’s called Bar Shelter (바 셸터) and is in a building on Meat Street but it’s up on the second floor. The building is accessible from both Meat Street and the other side (towards Lake Park) so it’s one of those ones that you can walk through. Once you are up on the second floor it’s pretty easy to find. It’s straight ahead on the left as you come out of the elevator. They have a small sign but it’s clear enough. The bar is open from 7pm to 3am Monday to Saturday and it’s closed on Sundays and the 4th Monday of the Month.

The bar itself has apparently been around for a number of years but it changed hands about a two years ago and then underwent a change of menu and decor to become what is now Bar Shelter. They specialize in whisky, cocktails and wine. The decor is nice and although they have a few decorations it’s not overly cluttered or anything. It has an old fashioned type feel, with pictures on the walls, large chandeliers and bottles lined up on wall-shelves for decoration. 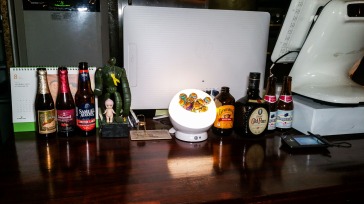 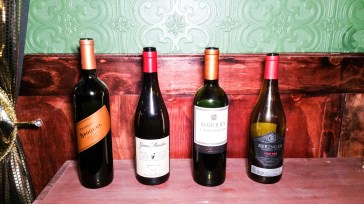 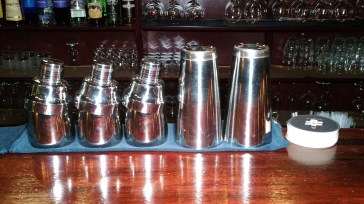 The room was a lot bigger than I thought it would be. They have a large bar area with seating there and then behind that are a few tall bar tables with stools. Then there are two large oblong tables that could sit about six to eight people. Past that are another half a dozen smaller round tables at the back of the room. 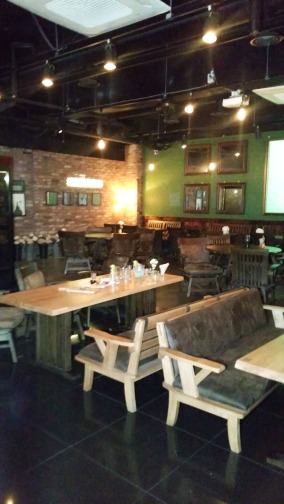 We went on Thursday night so it was not particularly busy. There were a few other tables occupied but as I mentioned it’s quite a big place so everyone was spread out. It would probably be much busier on a Friday and Saturday. I will definitely have to check it out again sometime soon so I can see how it is on a more traditionally busy night.

The music seemed to be mostly mainstream pop type stuff. I don’t really follow that sort of music but my friend thought it was a good selection. I liked that it was not too loud because we were chatting and it’s always annoying trying to talk over music. It was loud enough to hear but not obtrusive. Another nice touch was that they had two projectors playing Harry Potter movies onto the walls. They were projected onto spots on the wall where they have made some old-style gilt picture frames. It looks like it’s a moving painting hanging on the wall. A very cool effect and because the walls were textured it made it look even more like a painting.

They have a smoking room which is a clear box at the side of the room side. It kind of looks like a big phone booth. I couldn’t smell any smoke in the main room and there were a few people using it while we were there so it obviously has good ventilation. 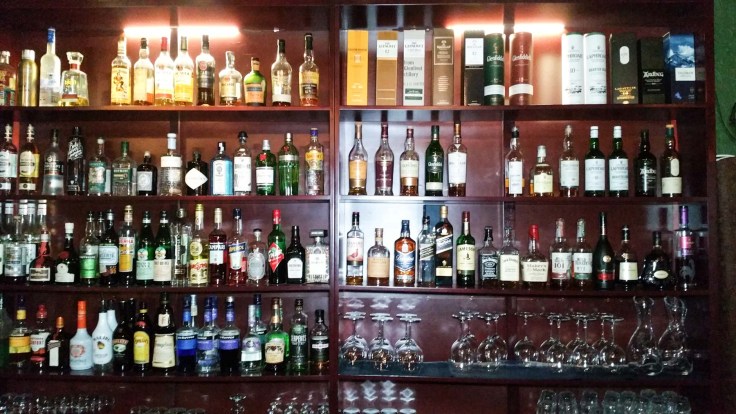 I didn’t get a chance to take photos of the menu because they took it away after we ordered our drinks. Below is the picture of their basic offerings from an advertising sign posted outside the bar. The main menu was in Korean and English but the cocktail menu was only in Korean. The offerings were all traditional cocktails so they were transliterations. If you can read Korean you will not have any trouble. Some of the ones I remember were – Martini, Vodka Martini, Gin Fizz, Old Fashioned, Mint Julep and Rusty Nail. I did see on their website that they have Cloudy Bay wine which is a New Zealand wine so as a Kiwi I approve of their wine selection.

The drink prices were quite reasonable – cocktails were priced between ten to fifteen thousand won. We were just trying the place for the first time so we had one cocktail each. My friend got a martini and I got an Old Fashioned. They were fine, I’m not a huge fan of these types of cocktails. I like more fruity froufrou type drinks. My Old Fashioned was good; it had a nice citrus flavor to it. The martini was a bit weird as it came with a twist and with olives on the side. My friend didn’t specify so maybe they just figured they would give them both and she could make it how she liked it. Hopefully I will go back in the near future and try some different options and I will update this post if and when that happens. 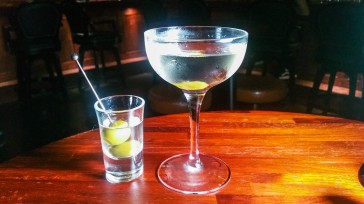 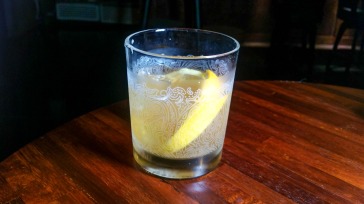 Overall it was a nice place; the staff were very friendly and the drinks were good. It had a nice atmosphere and although it is quite big it still had a cozy feel. I will most certainly be going back again. There are lots more things on the menu to try and I would like to get some better photos. These are a big grainy as I just had my cellphone and it’s not great in low-light.